1: A reaching back to our spiritual roots, taking what was secure from the past in order to be ready for the future. In the late 1980s, Faith Popcorn noticed a yearning to explore spirituality and find deeper meaning and connection—and it was surfacing in very surprising ways. A sophisticated media executive took a vow of silence. A former colleague became a monk. A staffer explored Wicca and spell-casting on the weekends. Elsewhere, people flocked to modern ministries, which focused on attracting younger congregants, with contemporary music and meet-ups. Increasingly, well-educated urban consumers began exploring homeopathy and time-honored wellness treatments (massage, sweat lodges) and respected the mind-body bond.

Suddenly, “finding your center,” “knowing your purpose,” and “connecting with a higher power” were pulling at the consumer more strongly, and an appreciation for spiritual beliefs blossomed. These were new yet old ways to feel grounded in the face of unprecedented anxiety wrought by modern life. As the 90s unfolded, 69% of Americans believed in angels, and 46% said they had their own guardian angel. Two-thirds of Americans reported mystical experiences; 90% said religion was important, with a whopping 72% praying every day; 40% believed in faith healing and Christian bookstores reaped $3 billion in annual sales. Mega-churches and rock-star pastors rose in the culture, drawing in thousands of worshippers every Sunday with messages like, “You think church is boring and judgmental, and all they want is your money? Here, you’ll hear a rockin’ band and a positive, relevant message. Come as you are. We won’t beg for your money. Your kids will love it!”

Faith Popcorn’s BrainReserve applied this craving for values and meaning to a broad swath of clients, including SC Johnson (framing it as the trusted “Family Company” and “Company for Families”) and Campbell’s, emphasizing the “good” in its “Mmm, mmm, good” tagline to elevate a halo of positivity and caring in its persona.

The Anchoring Trend is becoming ever more deeply entrenched as the pace of life accelerates and the fabric of society frays. Consider how our culture is fragmenting: Digital Nomadism, virtual versus IRL connections, the detonation of the nuclear family and geopolitical stress all contribute to the consumer’s search for a new kind of meaning. The rise of purpose and brand values echoes this shift, as companies seek to establish that they serve their customer’s need to feel good and do good. Unilever, with its boldly stated mission of doing good with every brand and every aspect of its business, is a tremendous example of Anchoring in action.

The Anchoring-driven consumer, though, is often on a personal quest to find a higher calling—and businesses must recognize this highly personal spirit quest. The rise of yoga, mindfulness, and wilder shores—experimentation with ayahuasca, for instance, a drug that triggers hallucinations and healing, say its fans—express this urge. The Wall Street Journal has noted how psychoactive drugs may merge with spirituality seeking: “Recent trials have demonstrated that a single guided psychedelic session can alleviate depression when drugs like Prozac have failed; can help alcoholics and smokers to break the grip of a lifelong habit; and can help cancer patients deal with their “existential distress” at the prospect of dying. At the same time, studies imaging the brains of people on psychedelics have opened a new window onto the study of consciousness, as well as the nature of the self and spiritual experience.”

Beyond this aspect of Anchoring, another new facet of spiritual networking emerges. How people gather in the future may not look like the churches, synagogues and mosques of our ancestors, but they will provide belonging, guidance and solace. Third spaces will satisfy the Millennial need for community: The creators of the Wing, a network of female-only social clubs/coworking spaces, were inspired by “How We Gather,” a study from two Harvard Divinity School students about how modern-day tribes are formed.

Elsewhere, new cult-like groups will gather, worshipping tech-created avatars more than flesh-and-blood (should this be bone, not blood?) beings. We’ve already seen people marry holograms, the Eiffel Tower, and other objects. Soon, they will look to them for guidance as well in a world where change is happening too quickly to be processed.

Brands and businesses will also need to study how people align and then rethink their products and messaging to capitalize on this growing consumer need to find inner peace and meaning. The old communities and touchstones will slide away; new ways of pursuing faith lie ahead.

It may seem challenging to weave spirituality into today’s consumer marketplace, but we have some surprising—and non-polarizing—paths that can help you do just that.

Anchoring often works in concert with Cocooning. Both express ways in which the consumer is seeking comfort and protection in uncertain times. It also cross-pollinates with Clanning, as it provides another lens through which people can be bonded deeply and feel a sense of soothing belonging.

The spirituality trend also increasingly partners with Being Alive, the wellness Trend. The increasing recognition that physical and mental/spiritual health are entwined make these two forces an especially potent combination when combined.

Where to Find Anchoring 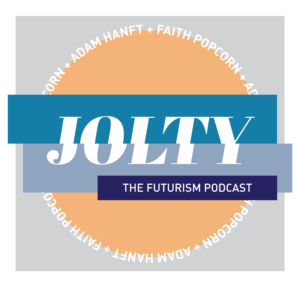