1: Consumers are having a secret bacchanal. They’re mad as hell and want to cut loose again. Who wants to be bad? Apparently, we all do. Faith Popcorn often says that for every Trend, there’s a counter-Trend, and Pleasure Revenge is a proof point for that. While Faith detected a shift towards goodness and values in the culture (Save Our Society, Anchoring and the Vigilante Consumer Trends, for instance), she also noticed in the early 80s that the lure of hedonism was rising. The “sex, drugs and rock and roll” culture of the 1970s continued as a burgeoning underground scene; binge drinking – any kind of drinking, in fact – took off. Martinis, red meat, and cigars: These were the hallmarks of the Pleasure Revenge consumer. On a more dangerous level, crack, coke, heroin and other drugs became the illicit ways people escaped their stressful lives.

While working with an alcohol and spirits company, Faith Popcorn’s BrainReserve mined this Trend to decode varied cultural dimensions of Pleasure Revenge and new products and partnerships to pursue. From multi-sensory-stimulating beverages to private social clubs where vape cocktails are served to self-driving pods featuring AI mixologists, we developed a suite of opportunities for tomorrow.

As we move deeper into the anxiety-wrought 21st century, Pleasure Revenge is galloping ahead. The Trend has swept into mainstream culture. Despite our health aspirations, we eat 50 billion burgers a year. Binge-watching has become an entrenched habit for those who want to tune in and drop out via a streaming service. Cannabis is becoming legal and longed-for as a way to tweak one’s mood and alter one’s reality.

“Living well” is becoming synonymous with hyper-indulgent excess, as worldly, wealthy citizens continue their spending sprees on mega-expensive purchases and elite immersive experiences (like the luxury yurts at Coachella and Ralph Lauren offering a luxury apartment and rooftop for private VIP shopping). On the opposite end of the spectrum, there’s a joyless result of the consumer’s quest to escape and obliterate reality: the surging death rate from opioids. Both monetary poles reveal that the Pleasure Revenge principle drives consumer behavior, whether expressed in acceptable or forbidden ways.

Tech will enable new dimensions of this Trend. The ability of Augmented Reality and Virtual Reality to make fantasies come true and heightens the impact and longevity of Pleasure Revenge. Emerging digital realms will deliver intense, escapist highs. The fact that Japan’s first virtual porn festival had to close due to overwhelmingly huge turnout is one example. Consumers will be able to be as bad as they want to with no tangible harm in these code-created worlds – they can overeat, overdrink, over-drug, over-orgy. They can act out their most violent tendencies. All of their sybaritic and even sociopathic impulses will be safely discharged in a digital world.

Pleasure Revenge has an undercurrent of “going too far.”

How can brands and businesses sate this consumer craving – without impugning their image? We have some ideas.Learn More

Pleasure Revenge often works in concert with Small Indulgences, the smaller, safer version of the Trend that emphasizes little rewards over full-throttle hedonism.

Pleasure Revenge also cross-pollinates with Fantasy Adventure, the Trend that describes how consumers crave the exotic. Both Trends express a need to escape and explore.

Where to Find Pleasure Revenge 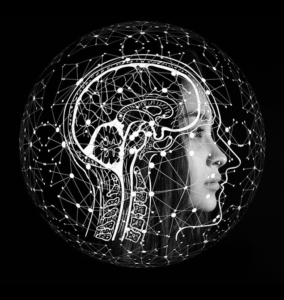